Parkinson's disease is a neurodegenerative disorder that affects the neurons that produce dopamine. Normally this disorder develops slowly in people from 55 to 65 years of age. 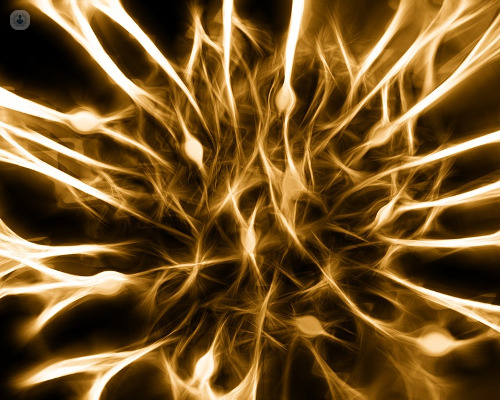 What are the symptoms of Parkinson’s?

This disorder causes a progressive deterioration of certain brain functions in the patient that manifest with various symptoms, including:

Symptoms present differently in each patient and experiences of this disorder can be very different.

Parkinson’s disease can run in families, and passed from parent to child, however, this is a rare way to inherit the condition.

Can Parkinson’s be prevented?

Since the cause of this disease is not known, there is no known way to prevent it.

What is the treatment for Parkinson’s?

There is no known cure for Parkinson’s, however, treatments can help to manage and relieve symptoms and improve quality of life. Treatments include physiotherapy and occupational therapy, medication and in some cases surgery (deep brain stimulation).

One of the important parts of the treatment is physical rehabilitation, which consists in the maintenance of muscle tone and motor functions, hence why daily physical activity is important.

This website uses cookies to improve your experience while you navigate through the website. Out of these cookies, the cookies that are categorized as necessary are stored on your browser as they are essential for the working of basic functionalities of the website. We also use third-party cookies that help us analyze and understand how you use this website. These cookies will be stored in your browser only with your consent. You also have the option to opt-out of these cookies. But opting out of some of these cookies may have an effect on your browsing experience.
Necessary Always Enabled
Necessary cookies are absolutely essential for the website to function properly. This category only includes cookies that ensures basic functionalities and security features of the website. These cookies do not store any personal information.
Non-necessary
Any cookies that may not be particularly necessary for the website to function and is used specifically to collect user personal data via analytics, ads, other embedded contents are termed as non-necessary cookies. It is mandatory to procure user consent prior to running these cookies on your website.
SAVE & ACCEPT